A new era of aircraft piston engines is about to start. 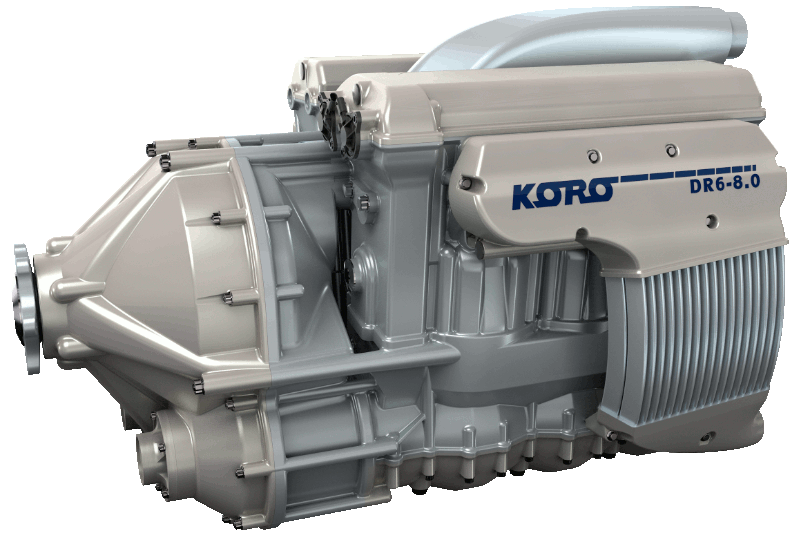 KORO aircraft engines have been specially designed to combine the best of two worlds into one power plant: the performance, low weight and compactness of turboprop engines with the unmatched fuel consumption and cost attractiveness of piston engines.

Invisible at first glance, the very compact shell of a KORO aircraft engine contains not just one, but two separate combustion engines for maximum safety, with two separate crankshafts transferring their power either to one single propeller or to two counter-rotating propellers.

KORO aircraft engines are prepared to meet and exceed any existing exhaust gas regulation by the regulatory bodies of the General Aviation, FAA and EASA.

In addition to state-of-the-art exhaust gas aftertreatment, one of the greatest achievements of the KORO aircraft engines is it's vastly reduced CO2-footprint, due to their substantially reduced specific fuel consumption, if compared to conventional turboprop powerplants.

KORO Aero Engines GmbH owns the copyright for all texts and images published on this website, unless specified otherwise.